The traditional stone house has the particularity of very thick walls and small windows. This type of mountain house is often dark which limits the possibilities of reconversion for new uses of housing or tourist accommodation.

In this testimonial from Nicole and Steve, discover how to bring the sun into an 1889 Auvergne house using the Espaciel Intelligent Motorized Reflector.

Background of the situation

In the heart of the Parc des Volcans d’Auvergne, the Puy Mary site is a mountain area whose forest and agricultural economy is evolving towards tourism. The farms, barns and stone burons of the 19th century are gradually being reinvested by a new generation of inhabitants. Renovations are multiplying to create mountain houses that are used as second homes, gites or guest houses.

These individual approaches play an important role in maintaining the regional heritage and in meeting the challenges of tourism. They come up against a particularity of mountain houses in the high Auvergne. They are very dark. Their stone walls are thick, their windows are narrow and few.

In love with the Jordane Valley and its beautiful scenery, Nicole and Steve bought this old farmhouse in the late 1970s. They patiently renovated it to restore its traditional charm. Despite the addition of skylights and mansards, there is little natural light coming in.

Here are the constraints encountered for the natural lighting of this mountain house:

After consulting the Espaciel website, redirecting the sun from the terrace appeared to be the best solution for naturally lighting the house.

Nicole and Steve took advantage of the visit of a member of the Espaciel team in the Cantal region of France to test the Intelligent Motorized Reflector in their mountain home.

The Intelligent Motorized Reflector consists of a Garden Reflector, completed with a 2-axis motor and a solar sensor. It reflects the sun’s rays in a stable manner in the direction of the window, regardless of the sun’s position in the sky. The only condition for it to work is that it is placed in the sun.

With the Intelligent Motorized Reflector, the sun seems to burst into the living room. The brightness increases, as if the house was equipped with a natural light well. The sunlight stays in the living room as long as the terrace is sunny.

By targeting the ceiling, the light provided by the Intelligent Motorized Reflector is distributed throughout the room. This has the effect of increasing the ambient brightness in a natural way. Turning on the light in full sunlight is a real problem. But that’s what Nicole and Steve were doing before they installed the Espaciel Reflector in their mountain home.

Daylighting a historic building: How to illuminate a listed building without work ?

Espaciel and the Intelligent Reflector at Viva Technology 2021 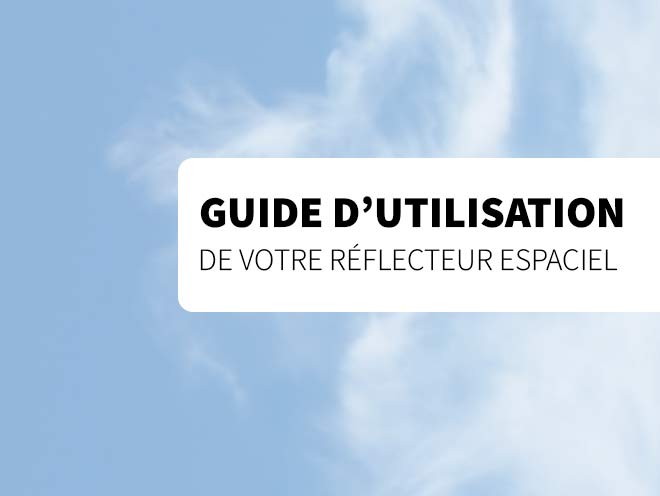 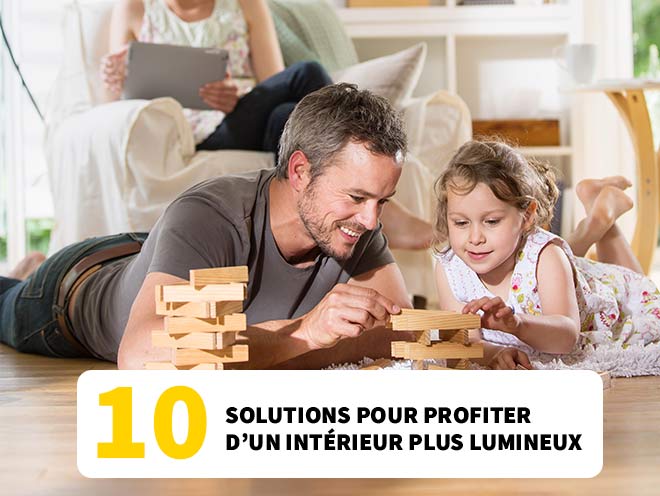 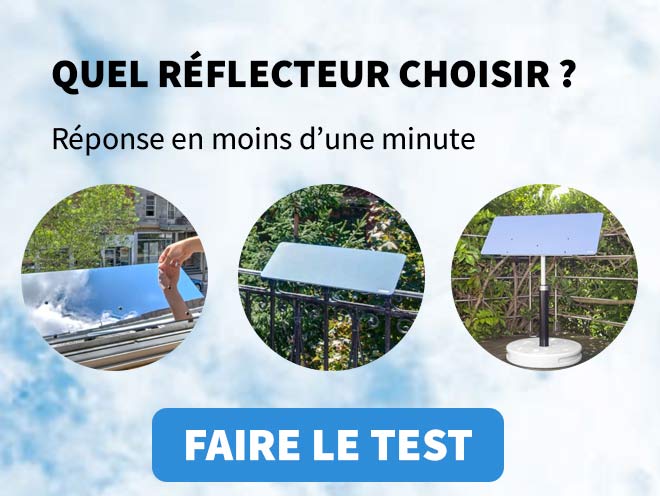